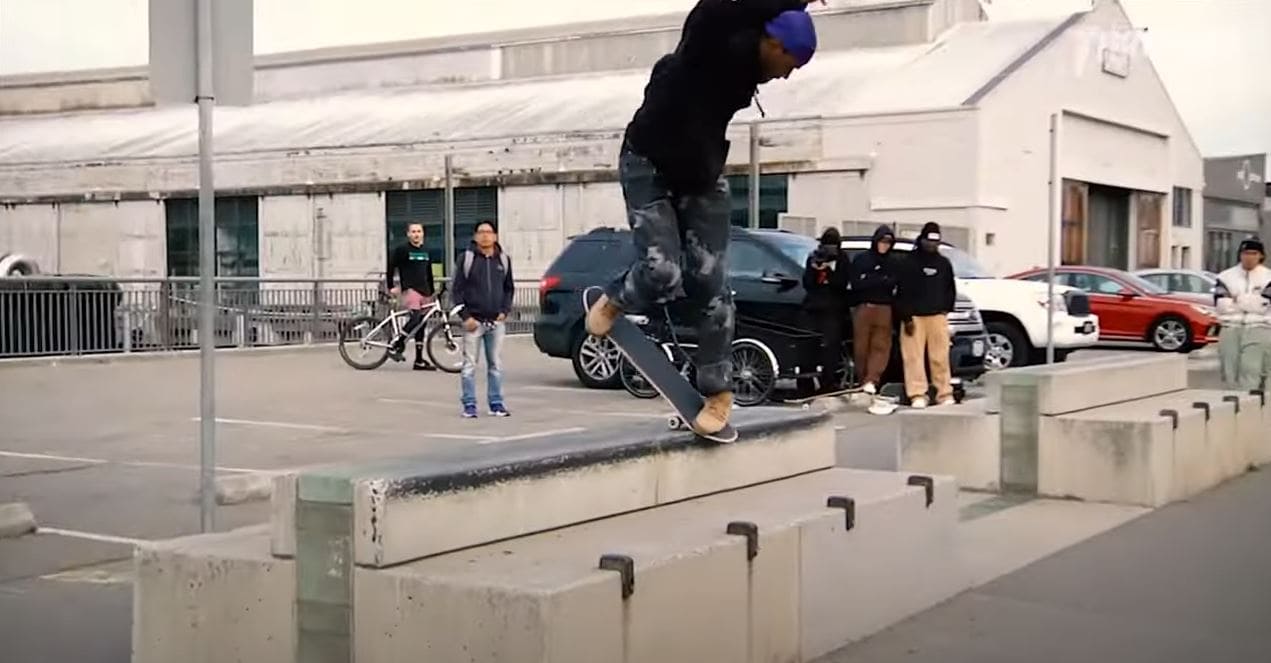 Thrasher Magazine has unleashed professional skateboarder Tyshawn Jones' "The General" HARDIES part via their official YouTube channel, and everyone went bonkers after the drop.

After leaving his major board sponsor, FA World Entertainment, with rapper and pro skater Na-Kel Smith, the Hardies' general is finally ready to become one of the toughest business owners in the game.

Only at 23, Jones trademarked the Hardies hardware brand in 2016 and his new Brick Underneath underwear company in 2021, making him a valid entrepreneur while skating hard in the streets.

According to Thrasher and his video, there's still more to come since the notorious magazine cover hasn't been released yet n a video.

Jones is officially a strong contender for the 2022 Skater Of The Year.

Stream the video below, and don't forget to share it with your friends on social media. Enjoy!