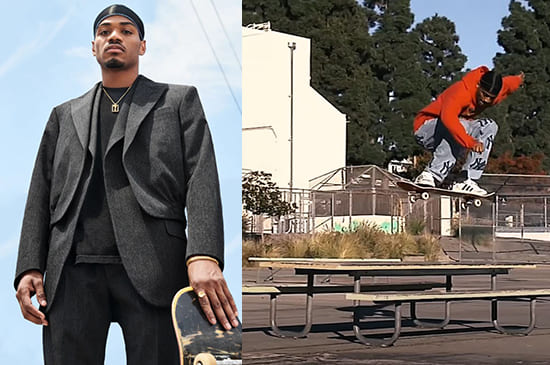 Professional skateboarder and new King skateboards business owner Tyshawn Jones has had enough of all the drama and complaints about his Hardies' "The General" video part and silenced all his haters by redoing his massive switch ollie on a picnic table.

The 2018 Skater Of The Year aims to receive another Thrasher SOTY accolade this year by dropping heavy-hitting video parts, launching his new board company, and conquering the skateboard world with his fellow pro skater and best friend, Na-Kel Smith.

As we previously reported, the duo left FA World Entertainment to build their empire in the skate industry as a black-owned enterprise.

After the skate bible released Jones' magazine cover by Atiba Jefferson, the Bronx New Yorker will drop another banger on Dec 22, 2022, to claim his victory and shut everything down.

Will Jones reap what he saw for the two-time Skater Of The Year? Don't worry. We will keep you guys posted soon.