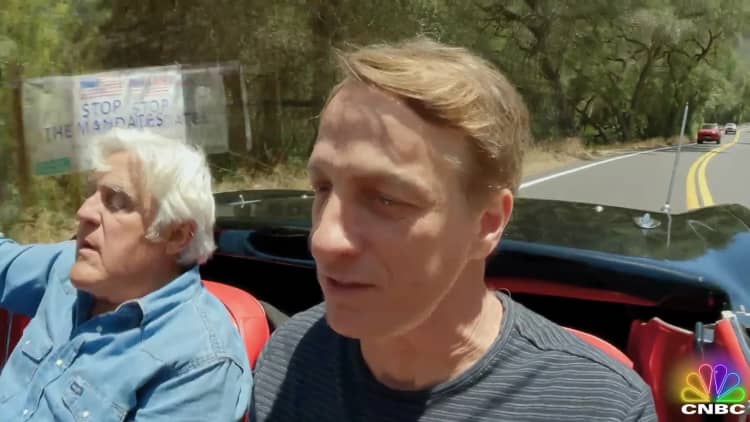 The skateboarding icon Hawk discusses his parents' support of his skateboarding career while on the road with the king of comedy Leno.

As the 54-year-old pro skater showed his classic car, some fans criticized him for converting or swapping the engine to an electric vehicle.

Below is the clip of Hawk showing Leno his vintage Stingray. You can also watch the full episode on CNBC now.