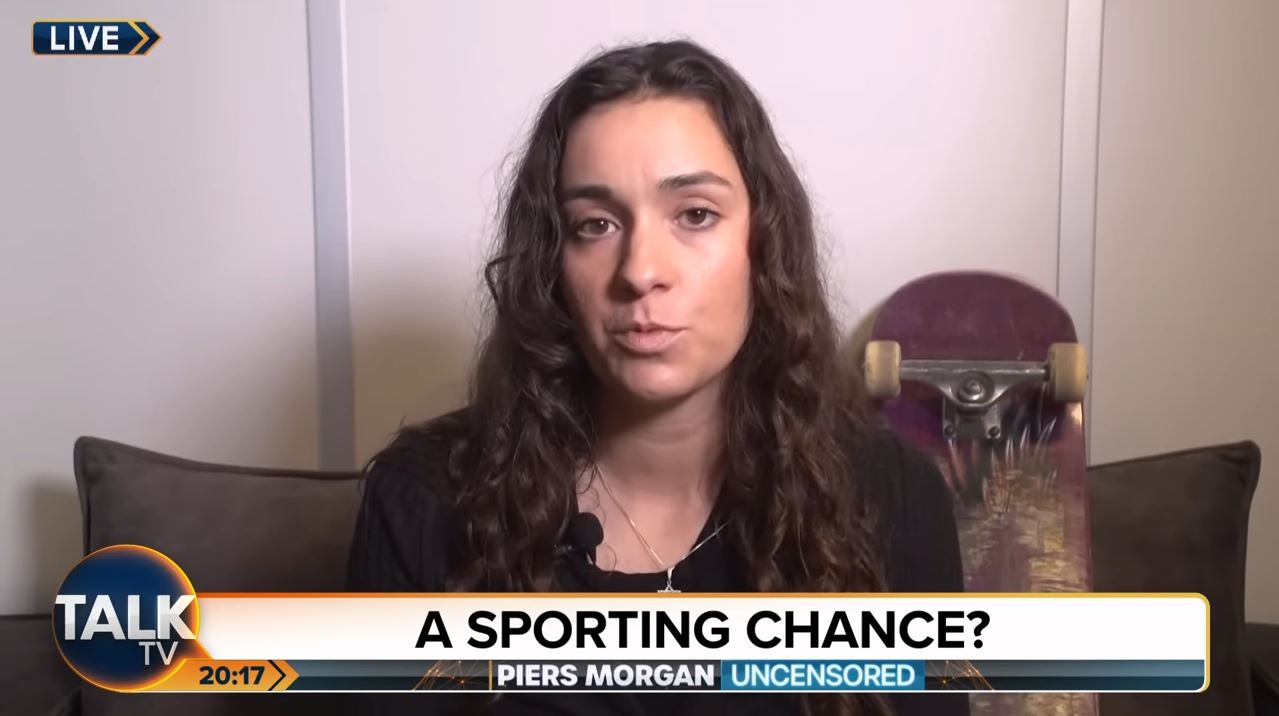 Contest girl skater Taylor Silverman speaks out on Piers Morgan Uncensored about how she felt and discusses her recent experience at a tournament set up by Red Bull in which she came second, losing out to a trans woman.

Morgan asked the 27-year-old why she thinks it is damaging for female skateboarders and the solution to this growing problem.

When asked whether transgender people should have their own category, Silverman said: "I think that it would be really awesome for there to be a place where a trans women can compete fairly."

She added. "I also want to say that I don't want people to send hate to this person because they are a great skater, and this was just an unfair situation that we're seeing in a lot of sports, and a lot of women are being impacted and affected, but this person was just going by Red Bull was allowing them to do, and I think that the group that should be responsible is the organizers was Red Bull."

After both accidentally interrupted each other due to broadcasting delay, the Kalamazoo, Michigan native said that she doesn't feel that it should be women's responsibility to solve this issue or have trans competitors thrown into her group. "They are biological males, and they do have an unfair advantage," she said.