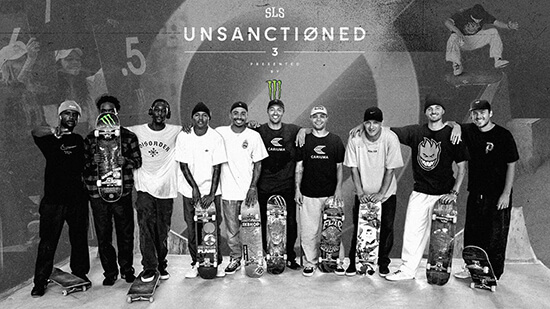 This will mark the organization's third-time skate event since they published the "Unsanctioned 2" competition.

The original format provided the fans with a needed emotional lift, which SLS was able to maintain despite the traditional rules in skate contests.

After all of the mainstream competition on television, "Unsanctioned" boosts authentic skateboarding, finishing heavy-hitting matchup for all core skaters.

Watch the 10 of the world’s best skaters going head-to-head for unregulated glory in becoming the next SLS Unsanctioned champion below.