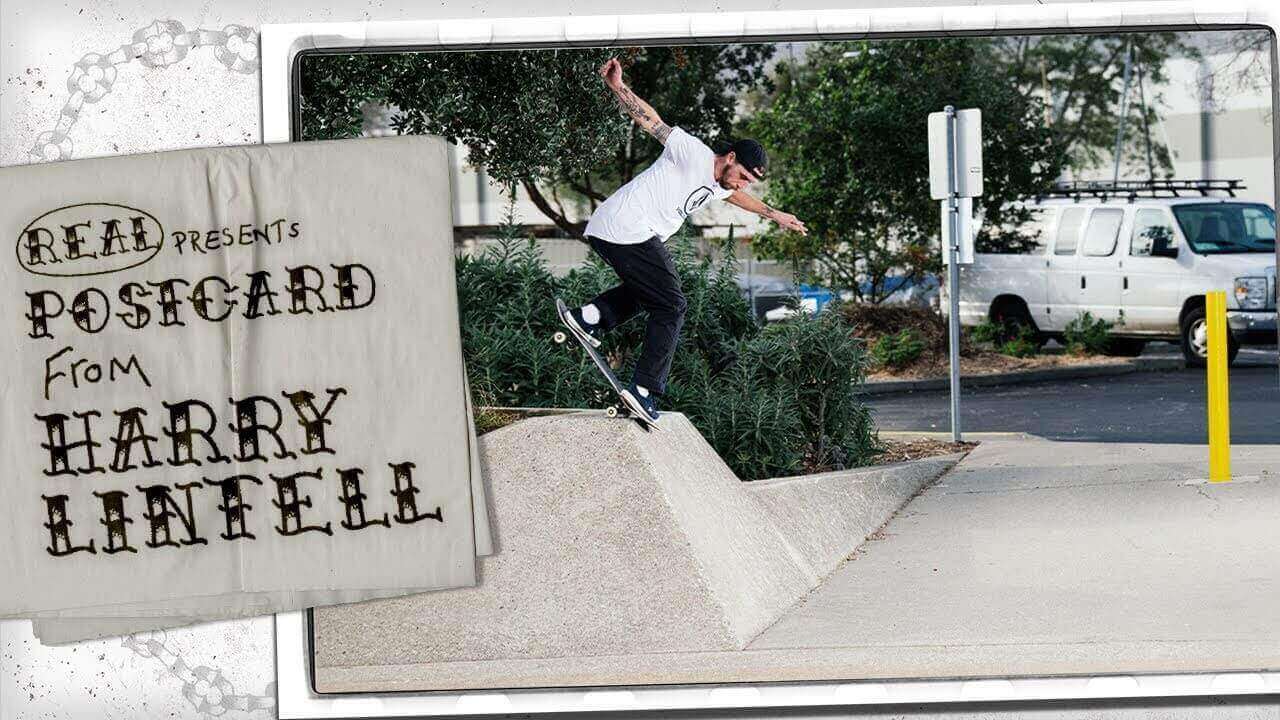 The "REAL Presents: Postcard from Harry Lintell" full-length video got off to a hot start on the way to a frontside tailslide to frontside flip out on a San Francisco ledge with a downhill after landing the trick.

The 30-year-old, who started to provide value to the skate scene, wasted no time gaining ground with the Real skate team on his new part.

He added non-stop skateboarding with a couple of switch stances and more firing lines than you could ever see in a skate video.

Lintell steered heavy skateboarding in more difficult skate spots after skate spots to roll eye-popping tricks filming between his hometown and the U.S., his first part as a pro proves his place. From flying down escalators to getting lucky on a launcher in Las Vegas, he holds it down from start to finish.