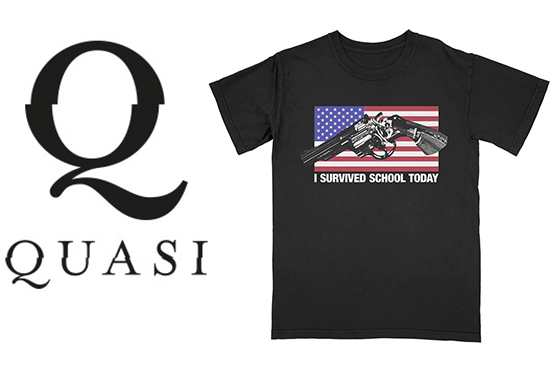 According to reports, 21 people were killed in an attack by a lone gunman named Salvador Ramos at an elementary school in the small town of Uvalde for up to an hour before law enforcement broke into the room where he was barricaded and killed.

On Wednesday, Ramos, who killed 19 students and two teachers at a Texas elementary school Tuesday, was on the premises for up to an hour before law enforcement forcibly entered a classroom and killed him.

Quasi skateboards is now donating 100 percent of the proceeds to help the victims of the recent tragedy in Uvalde, Texas.

"Nineteen children and two adults lost their lives on May 24th in the town of Uvalde, Texas as a result of yet another senseless mass shooting." They wrote. "The greater tragedy lies in the bigger picture where events like this have seemingly become commonplace and almost expected. "Surviving" school used to mean passing your classes but as time goes on it has taken on the most literal meaning of the word "surviving". This shirt is a commentary on our society’s sad state of affairs."

They added. "100% of profits will be donated to the Uvalde Strong Fund which was setup by the Community Foundation of the Texas Hill Country. Per their mission statement "We are collaborating with the District Attorney of Uvalde and the San Antonio Area Foundation to create a support system for affected families as well as nonprofits supporting Uvalde now and in the coming days and months."

The board company collaborated with justified arrogance NYC and said they made the design in Spring 2019. It started as an edgy graphic, and now it's doing some good to help the ones in need.