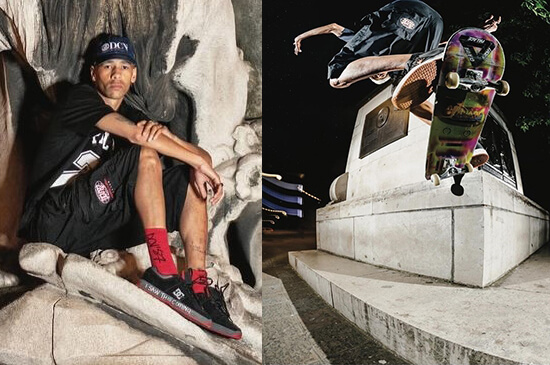 We previously reported that Clarke was no longer skating LV skate shoes as he replaced them with DC Lynx.

This time, the London, England, UK native addressed the situation when all fans wondered if he was off LV.

"My first ever DC ad is a tribute to the late king and the first LV skate ad we created." Clarke posted. "Big signal coming off that Eifel V. 360 up front it all comes full circle."

Hence, DC Shoes haven't acknowledged that Clarke is officially part of their family.