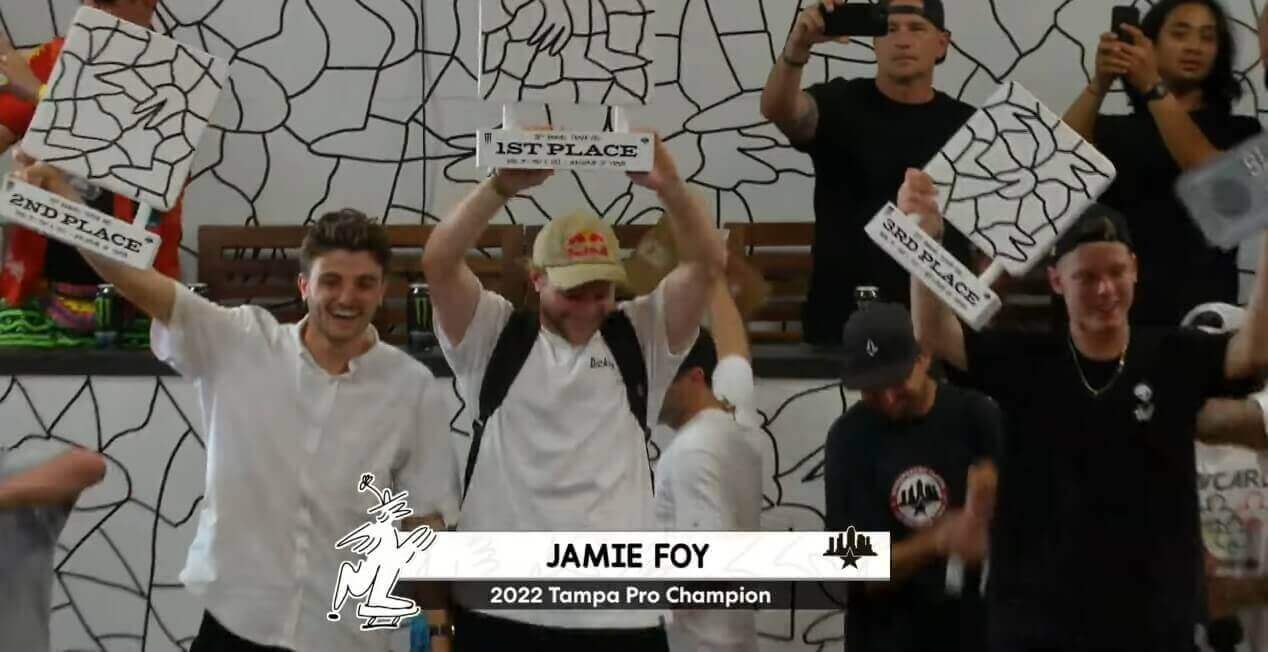 Deathwish skateboards professional skateboarder Jamie Foy has claimed the championship of the 28th annual Tampa Pro contest, capping off a dominant run throughout the whole competition by defeating top-seeded pros in the grand finals.

After winning the Independent "Best Trick" TWO YEARS IN A ROW with an epic frontside crooked grind to nollie flip out on the triple kink rail, Jamie Foy snagged the 2022 Tampa Pro accolade.

As the first seed, he automatically earned a spot in the upper bracket semifinals in the tournament.

The 25-year-old dominated the contest, finishing with overall incredible combos on the obstacles as he included a heelflip backside 50-50 on a ledge, not missing any trick until the last minute.

Foy only continued to look untouchable in the contest, as he didn't lose a single elimination on his way to the grand finals.

Congratulations to Foy for brining home the world title as the champion on this year's Tampa Pro.