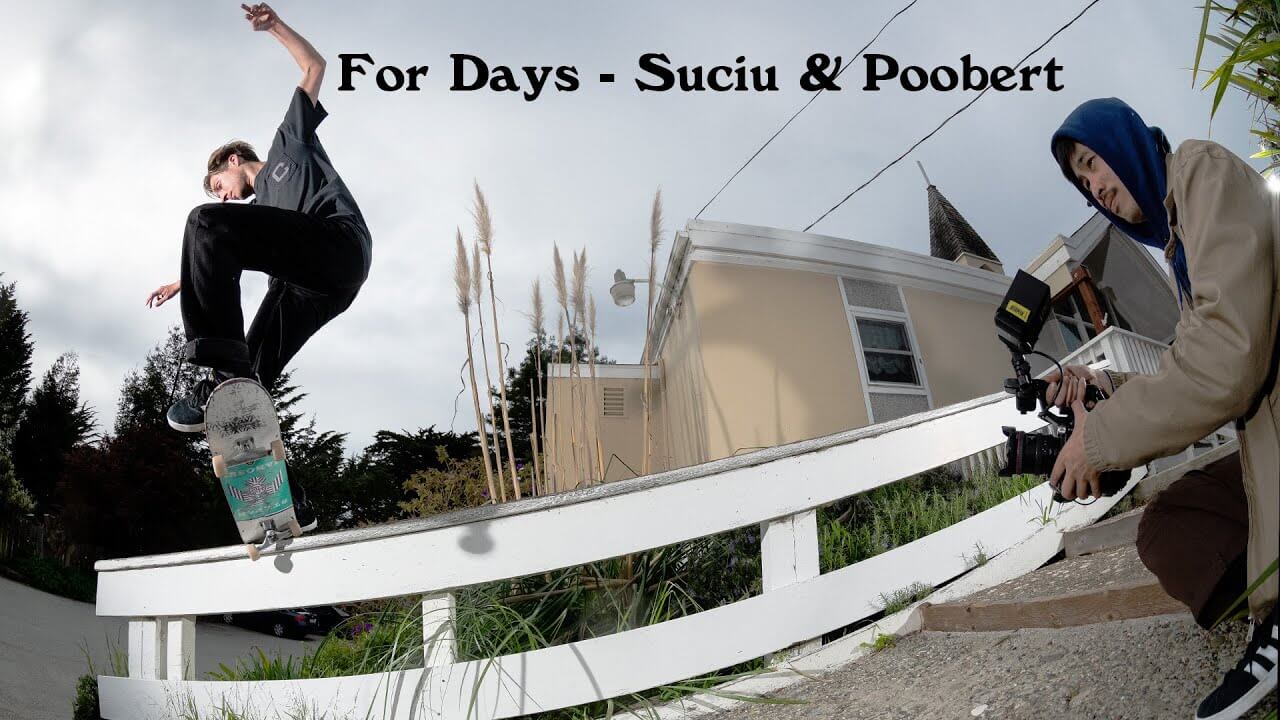 Thrasher magazine's 2021 Skater Of The year Mark Suciu sat down with professional skateboarding filmmaker Justin Albert to talk about their craft that led to Suciu receiving the SOTY title.

The prodigious message of the video was that the "Flora" passion project of Albert helped Suciu substantially in becoming the number one skateboarder in the world.

Both passionate skaters knew how their hard work paid off since they've been working together for a decade.

Given that the two are dangerously grinding from quick edits to big projects, Suciu and Albert used their creativity, making improvements on their spiritual fervor for the love of skateboarding.

Since the Flora series was introduced via all Thrasher streaming platforms, the two of the best of South Bay unraveled the road to triumph.

Watch the "For Days: Suciu and Poobert" video below, and make sure to subscribe to Thrasher's YouTube channel so you won't miss and skateboarding.