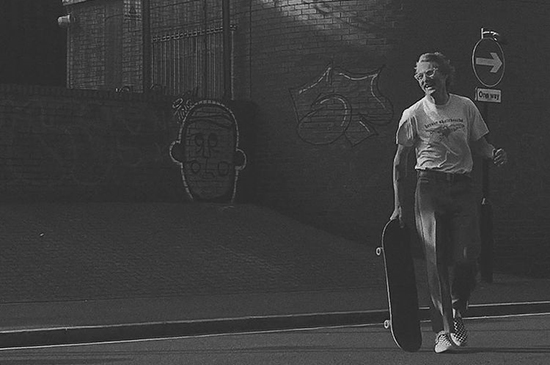 Heroin skateboards professional skateboarder Chris Pulman has recently gone MIA and has been thinking more about the anxiety and depression caused by the pressure to live inauthentic lives.

Unfortunately, depression is not a joke and should be taken seriously. In 2020, we lost the talented skateboarder Henry Gartland due to apparent suicide, and more pro skaters supported everyone that taking one's life is not the answer and it shall pass.

"Well, I've not really been on here for a while. I got injured last October and struggled to get the thing to heal." Pulman said. "That on top of the usual winter depression I seem to always struggle with made me want to hide away a little."

"It's tough when your body starts letting you down. Even if you've abused it through skating for years and knowing the inevitability of arthritis and all that kind of stuff." He explained.

"Not having an outlet has been hard to bear too. It's a lesson in investing so much of myself in one thing but of course, I wouldn't have done anything differently. It comes down to a feeling of losing your identity I guess." He said. "I've built so much of who I am around skating and why I got into it in the first place as a mechanism for individuality and therefore the freedom and strength to try to really be myself."

He added. "This time around, my mental health took a real dive to levels I've not felt for a long time. Somehow though, I knew I could power through. That eventually the tunnel would have light at the end of it even if at the beginning it didn't feel that way. For me, if I just carry on doing what I have to do, try to get a little sunlight, eventually things start getting better. In the end, I got through the depression before the injury healed which helped me think more clearly about getting over it."

"I guess the message I want to get across more than anything is that if you're struggling with your mental health, things do get better or change, or you come to see them differently with time." He continued. "Life can become sluggish and feel pointless but it doesn't seem to remain that way indefinitely."

"Now, I'm not saying that's the case for everyone or every situation but for me it's happened so many times that I've almost learned it as mantra of sorts, a way of continuing on. Pulman said. "If you're struggling now or if you ever do, I hope you can keep on truckin' through to the other side of it. Things may seem impossible but there's a satisfaction in looking back and feeling glad you kept going."

"Lastly, thank you to everyone that reached out to see if I was ok. I never count on being missed or cared about but you helped me throug," he said.