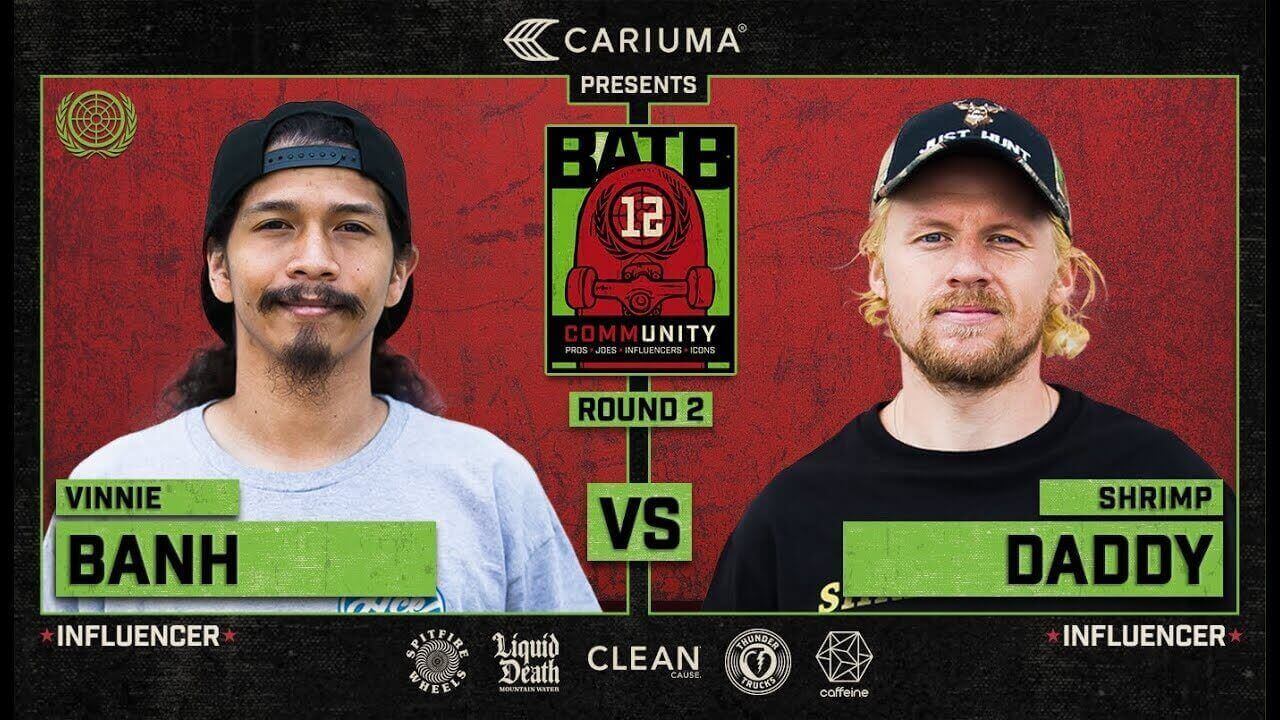 Vinnie Banh and Shrimpdaddy gave their best with an impressive back-to-back counter and flip trick execution in the new Battle At The Berrics 12 influencers bracket.

Banh held a couple of switch stances to make Shrimpdaddy slow down, but it was not enough to bring down the video creator.

On the other hand, Shrimpdaddy provided a frontside big spin that made Banh get an "A" however, after missing the pressure flip, it was time for Banh to fire up his maneuvers to advance.

Both did well to make each other get letters, but Banh knew how to make his opponent sluggish and spearheaded a switch 360 ollie with another vicious switch varial heelflip to end the game.