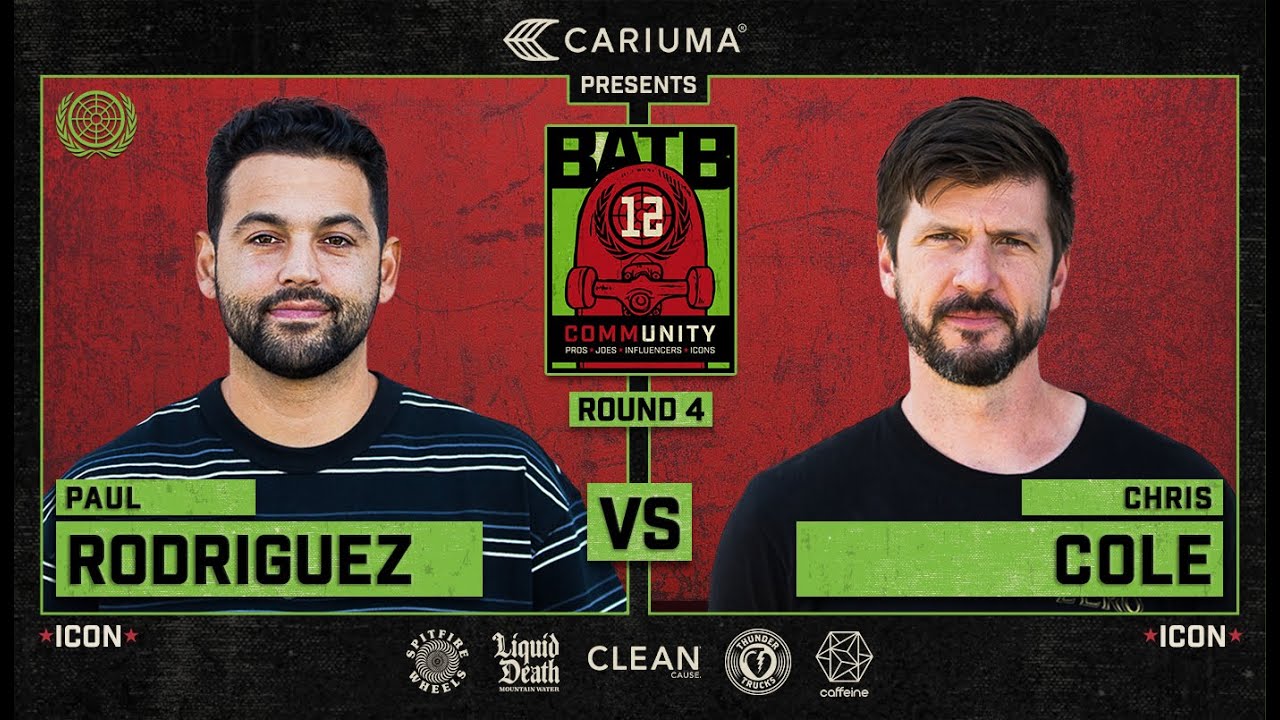 Two of the world's greatest professional skateboarders and BATB champions, Paul Rodriguez and Chris Cole, went head-to-head for round four, entering the finals night match and settling their flat ground game once and for all.

The Zero skateboards pro beat PRod last BATB 2, but the Primitive Skateboard owner bounced back as the champion in BATB 3, making it even for both top dogs.

Both insane pro skaters provided the basic tricks in the first couple of minutes as a gentleman's game until they unleashed all the technical tricks to advance in the finals.

Although Cole got smoked a little due to getting the letters to "T," he countered and gave Rodriguez letters after getting warmed up.

Hence, PRod stood tall, and the two made sure it was love for both sides.

The battle between the two champs made it clear that Rodriguez was victorious in the flat ground contest.

Rodriguez will face the influencer Jamie Griffin on the finals night on June 21, 2022. Never miss this once-in-a-lifetime battle by downloading the Caffeine App now!