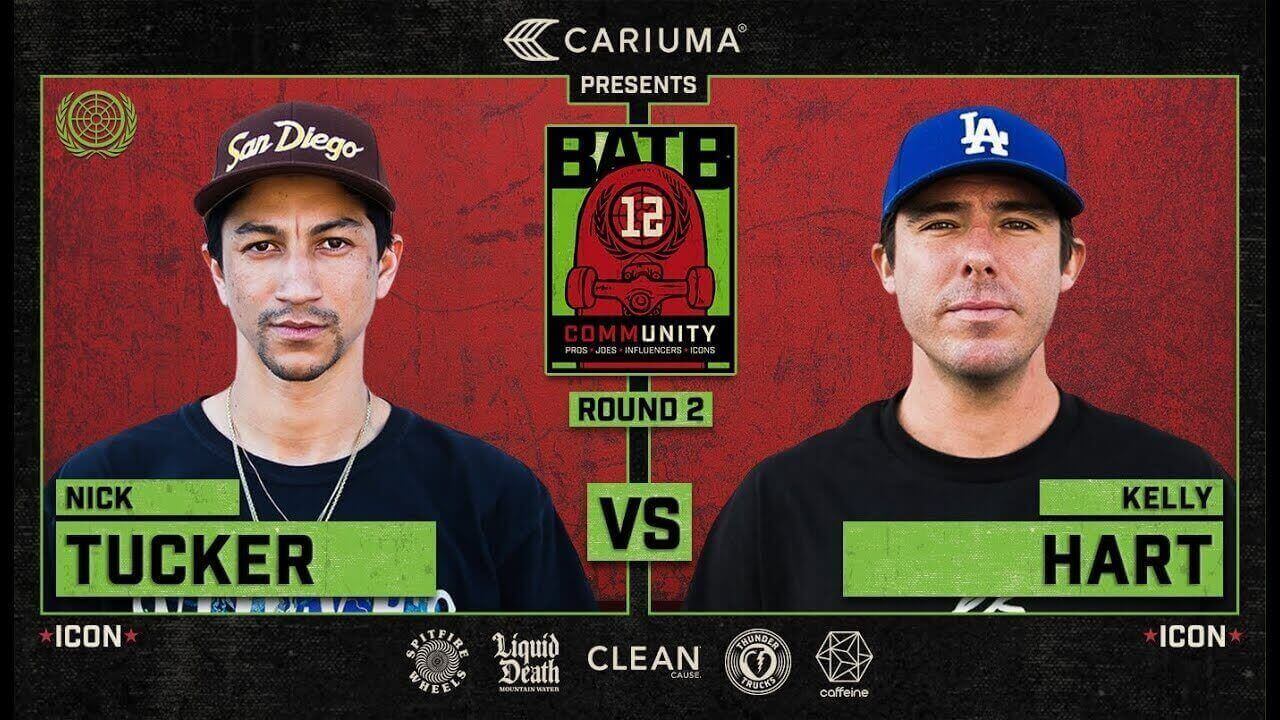 The Berrics is now in its sweet spot to keep releasing an incredible flat ground skateboarding contest for Battle At The Berrics 12.

Icons bracket contestants Nick Tucker and Kelly Hart arrived at the second round to snag the accolade for this year's most-watched game of S.K.A.T.E online.

Tucker came out as aggressive as could be, putting Hart on the spot with a static klickflip.

Hart immediately performed his best to stay on the game, but it was not enough to stop the high-popping master.

Both iconic skateboarder knew what to throw in the match and were careful to avoid missing tricks, which hart jokingly said, "That's it, I'm going home. I'm good."

It worked - for awhile. Tucker fueled his tank and ended the game with an impressive switch inward heelflip.

Watch the video below, and don't forget to share it on social media to let everyone know that skateboarding is rad.