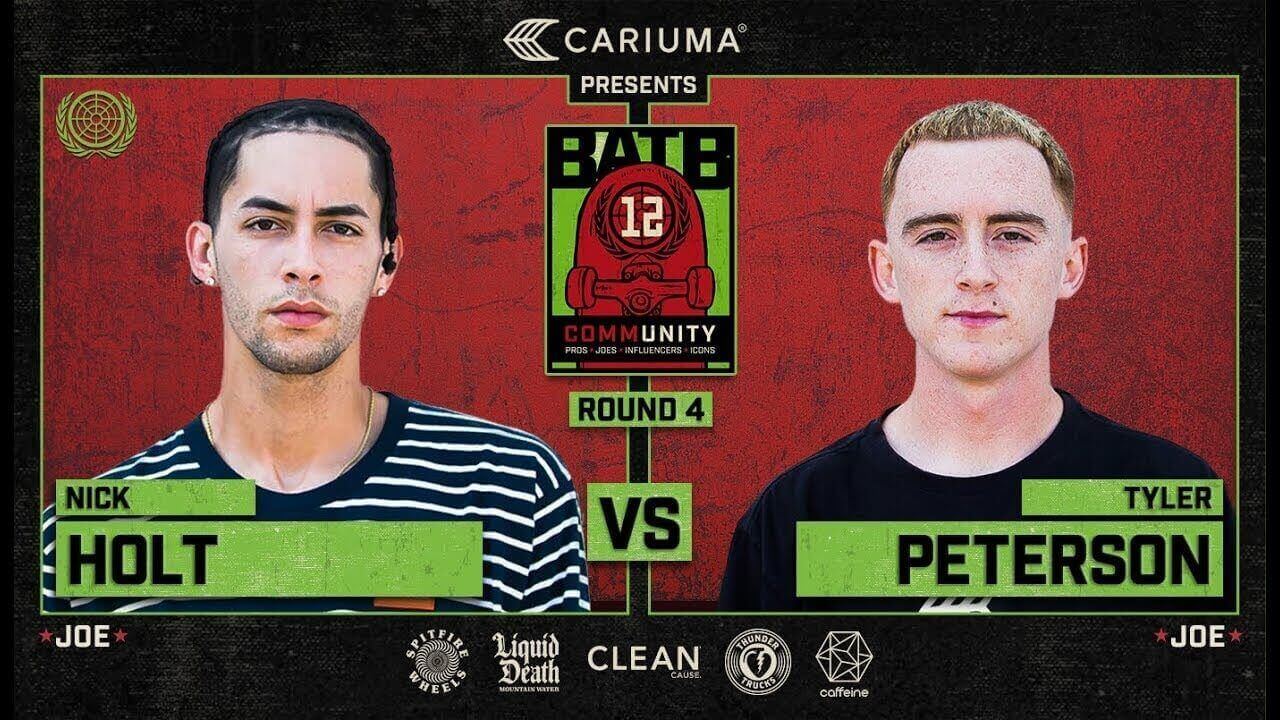 The Berrics have released the last battle for the joes bracket, and it was an intense five-minute game between Nick Holt Vs. Tyler Peterson.

After Peterson missed a trick, fans thought it was all over for the Cariuma rider. Hence, Holt's chance to smoke his opponent never happened.

Instead, Peterson dominated the game, and Holt had difficulty landing the forward flip, caballerial flip, and other mind-boggling flat ground maneuvers. He said, "Oh, it's the hardest trick." After missing a switch bigspin heelflip.

Peterson advances in the finals, but it won't be easy work as the top dogs are out on the battlefield, waiting for their chance to snag the victory.

Stream the battle below, and download the Caffeine App if you haven't already so you won't miss the finals night on "Go Skateboarding Day." Enjoy!