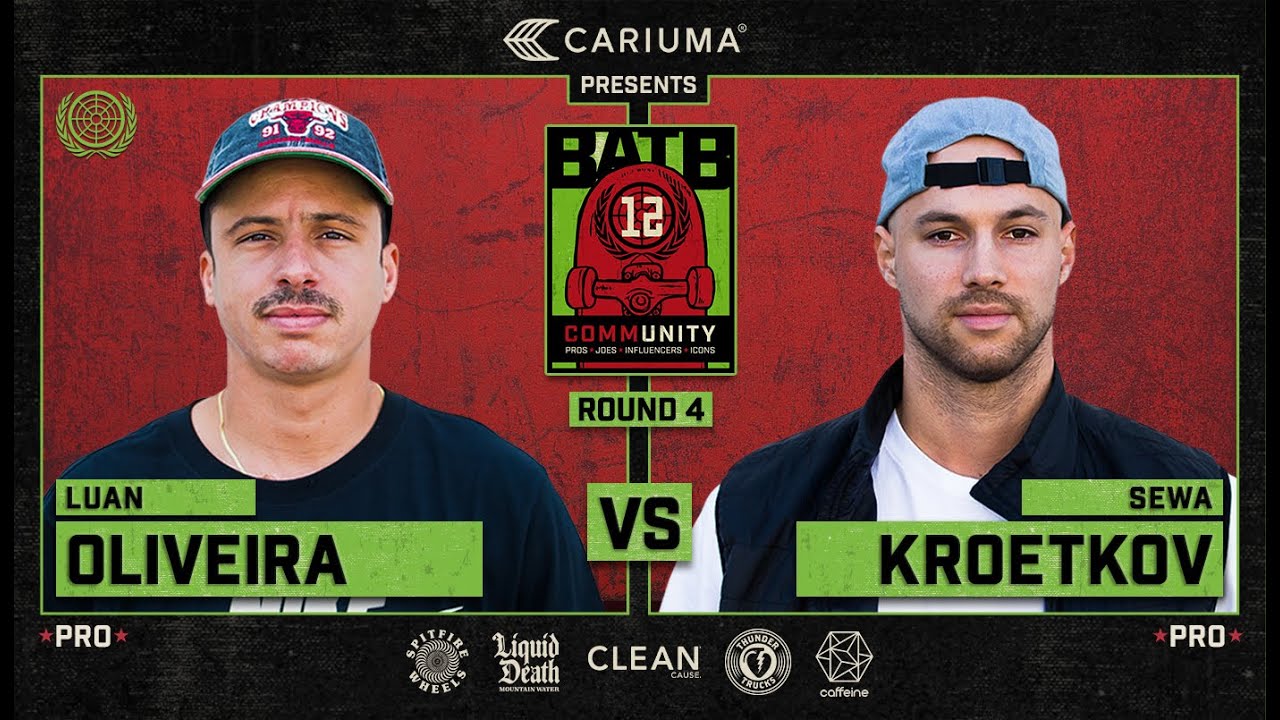 The new remote Battle At The Berrics 12 has been getting crazier after the king of pop Luan Oliveira dominated the first distant game of S.K.A.T.E between Dashawn Jordan. But now it was with former B.A.T.B. champion Sewa Kroetkov.

The most intense internet faraway match was about technical tricks and insane switch stances.

Oliveira and Kroetkov faced in 2018 in the semi-finals, in which the Russian born in Holland took the victory. Hence The Brazilian bounced back to receive the accolade in 2018.

This year, the two top-seeded professional skateboarders loaded their big guns to advance in the finals night with a neck-in-neck battle.

Both gnarly skaters provided incredible flat ground skateboarding, but Kroetkov triumphed in the end, making him the finalist in the four-men championship battle on June 21, 2022.

Don't miss the chance to win and watch the final night on Caffeine T.V. with the BATBox available in their canteen.