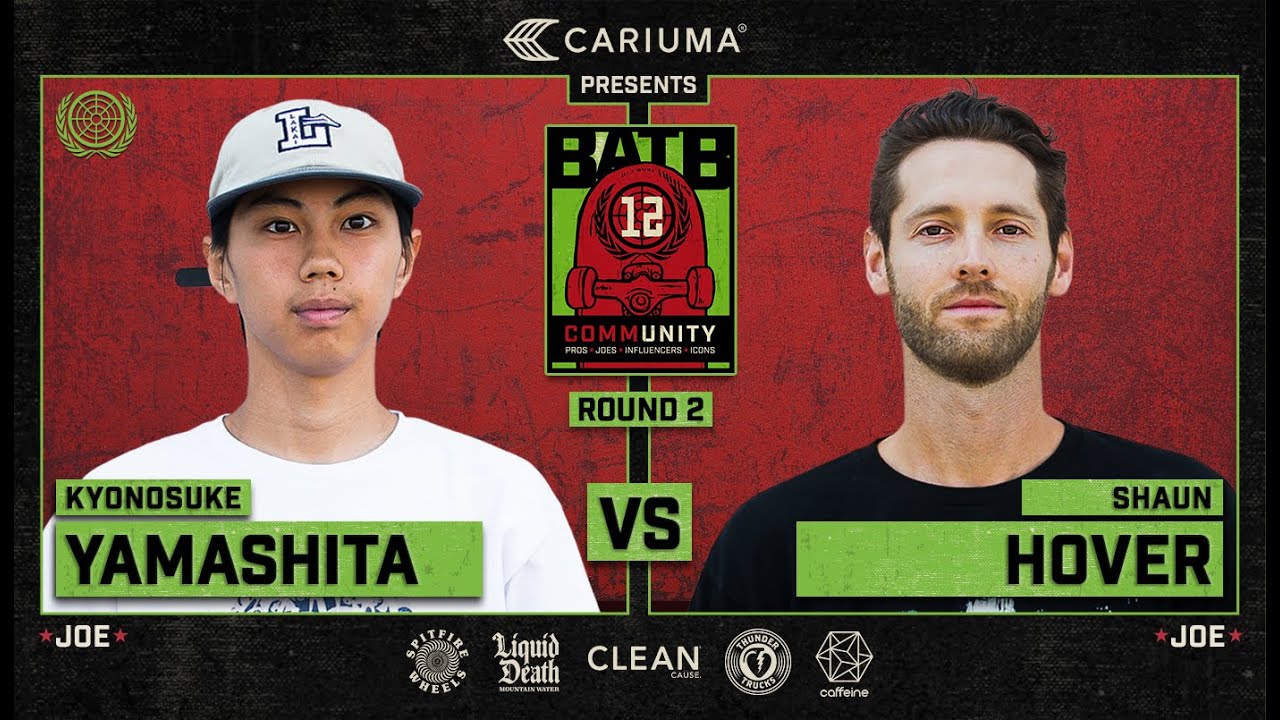 Round 2 of the BATB 12 skate competition has been ludicrously good these past few weeks. Talented skateboarders Kyonosuke Yamashita and Shaun Hover spearheaded preposterous flip tricks like they're not regular joes.

Hover, who beat Sean Davis in their second battle for redemption, had difficulty playing with Yamashita - which means if Davis won, both would end up losing with the Primitive skateboards amateur rider.

Davis and Hover's rematch and unsanctioned tie-breaker ended up with nothing because Yamashita didn't get any letter from Hover.

Although Hover tried to hang on tight to stay in the round, Yamashita was unstoppable and smoked Hover with superb nollies, switch stances, and even normal tricks look like nothing to Yamashita.

P-Rod knows how to recruit a team player, and the Tokyo, Japan native is already on his way to receiving the victory.

Watch the video below, and don't forget to share it with your friends on social media. Enjoy!