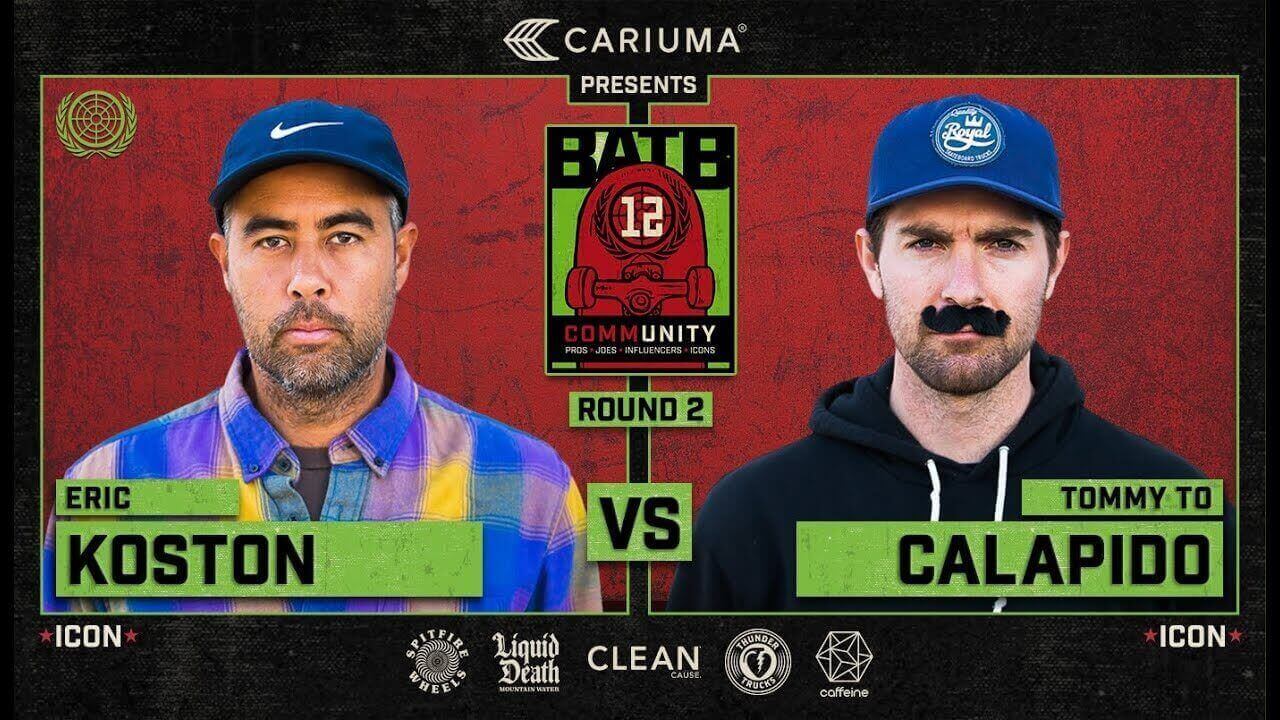 The Berrics co-founder Eric Koston punished the undeniably skateboarding deity, Tommy To Calapido, on the way to a technical defeat using a nollie heelflip late flip.

Koston skating in front of his turf in Los Angeles remained undisputed, improving his absurd and flaky skating even when referee Dan Plunkett called some bad calls in the match.

By then, Calapido's leg was kind of shaking due to his long-term battle of leg injury shut from the impressive flips meted out by Koston, who rocked the mustached skater in the game.

Both did preposterous in the battle. Hence, Koston continued to pour in the punishment until it was over, teaching Calapido to work on the finishing move.

Calapido stepped in at the last minute and sent Lizard King into destruction with an incredible victory.

But the mustache skate god had no answer for Koston's powerful combination of technical skating. He did rock the American in a couple of rounds, sending him reeling into the last tries.

Watch the video below, and don't forget to follow the Berrics on Caffeine app so you won't miss the Finals night on June 21, 2022. Enjoy!