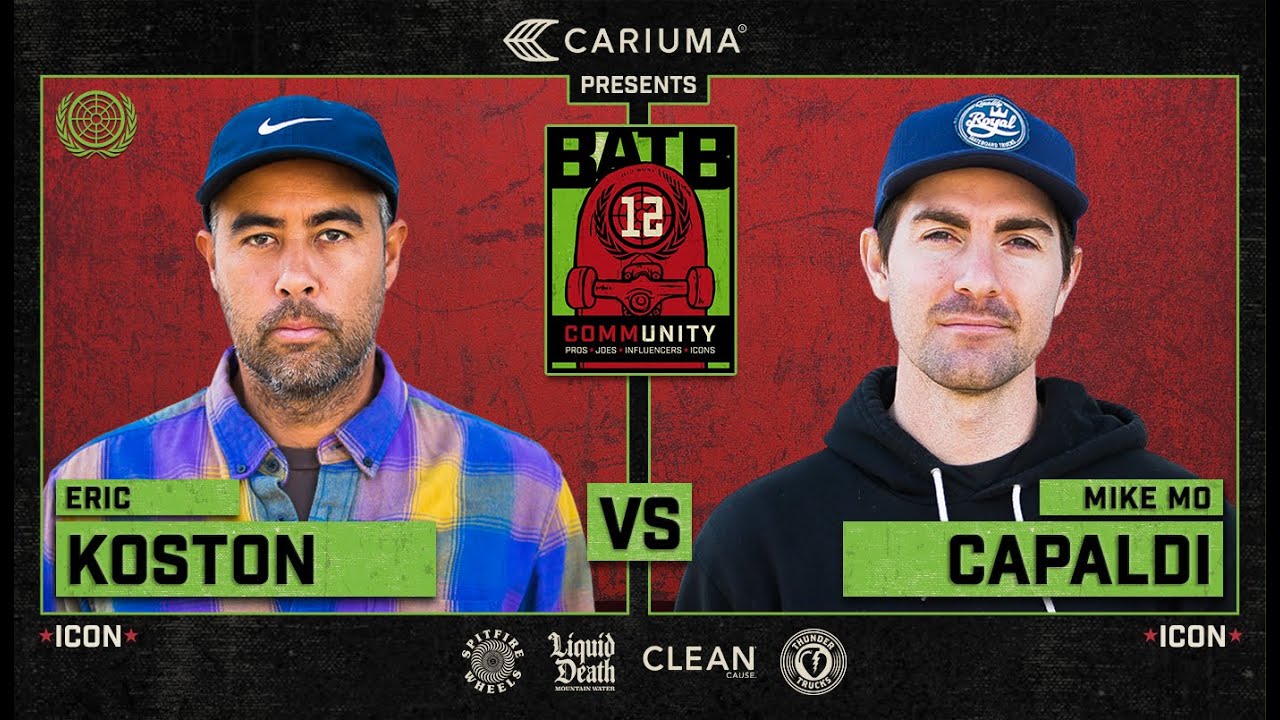 The Battle At The Berrics icons Eric Koston and Mike Mo faced again in the new BATB 12 competition. They competed fourteen years ago for an unofficial game dedicated to Johnny Romano, whom they supported due to his health issues.

Both Battle At The Berrics alumni fired incredible flat-ground skateboarding, making the game one of the best "games of skate" of all time.

Koston led wire-to-wire in the first couple of minutes and extended his streak to magnificent maneuvers.

On the other hand, Capaldi, who was the first BATB champion, survived a late comeback. Mainly because of his leg injury that made him completely retire from professional skateboarding.

Koston did most of his damage in the first and fifth tries, skating switch stances to nollie tricks until Capaldi perfected a varial heelflip.

Since they know each other so well, the two professional skateboarders had an intense but hilarious nip-and-tuck battle, especially when Capaldi did Koston's death blow first try.

Watch the epic game below, and don't forget to support the scene by sharing it on your social media. Enjoy!