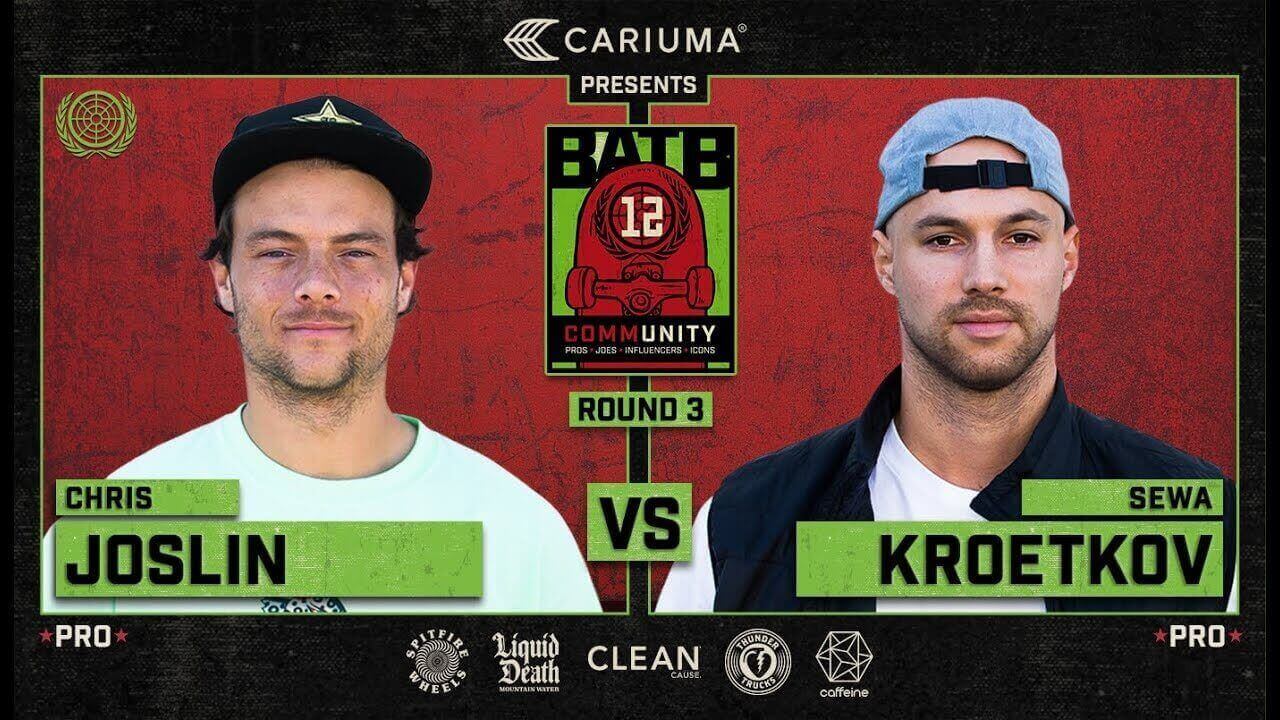 With all the significant changes in the BATB 12 brackets, Aurelien Giraud's automatic disqualification due to his Visa issues upset all the skateboarders as Chris Joslin, who lost to the Lyon France native, was an unusual move from The Berrics.

Usually, Steve Berra will pick a new competitor to face another skater in the battle. But since the finals night is almost here, the Los Angeles powerhouse has no choice but to advance Joslin into the next round as a rematch.

Sewa Kroetkov almost won the BATB 10 championship. Hence, he decided to redo his frontside double flip and lost the Joslin.

The rematch between the two champions finally happened in round three of BATB 12, and fans were ok that it happened before finals night.

Some skaters say that Joslin gave the win to Kroetkov to make it even since he lost to Giraud and Kroetkov deserved a win after being honest about the toe drag last 2017 championship battle.