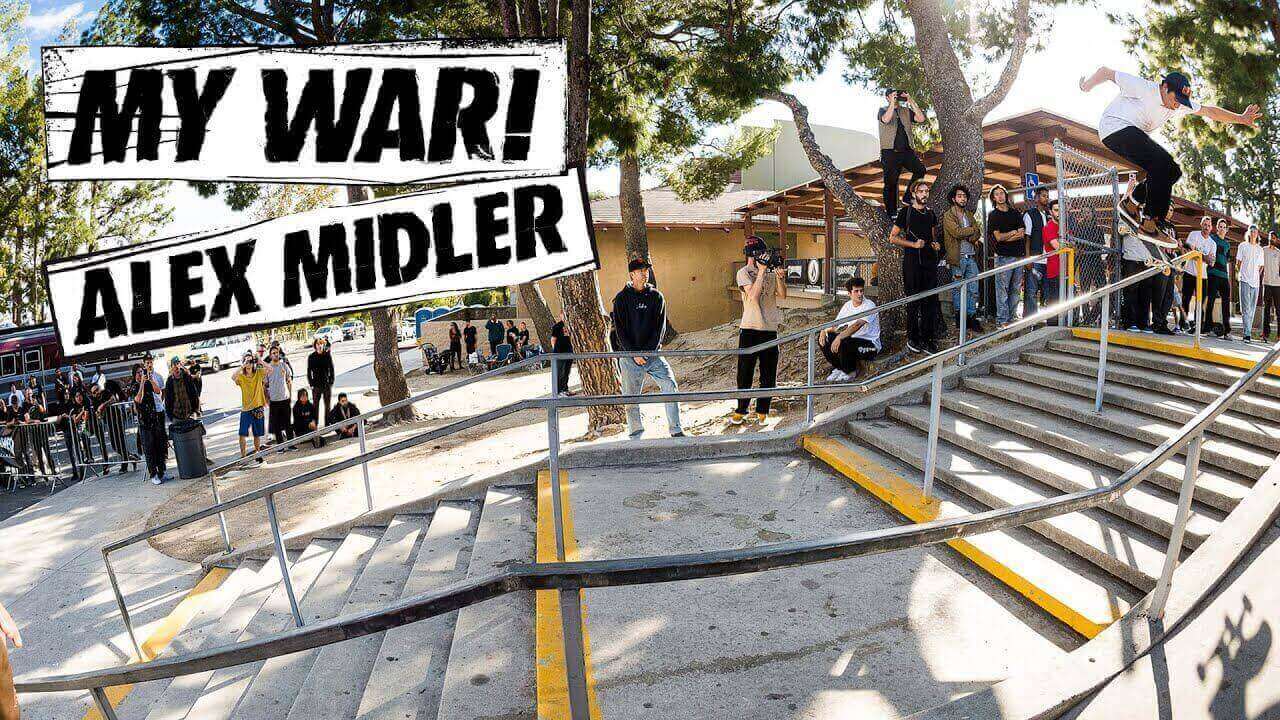 Midler's segment is rare with all the "My War" episodes on Thrasher. It was via a live core skateboarding contest with all the videographers, fans, and photographers documenting all your moves and maneuvers.

The usual filming and getting into the war on video parts were all about taking time and returning after a daunting session. But for the 23-year-old pro, it was all about raw and mayhem for a one-day contest.

"After an hour of trying, I was just so sore, and I could barely feel the bottom of my feet, but I was getting so close to where I don't want to stop, and I was like so invested in it. Midler explained.

Stream the video below, and make sure to share it on social media to encourage others never to give up. Enjoy!